It's Only One Hill: Mt. Washington Race Recap

A race with only one hill. One. That’s it. No big deal right?

You would think it would be no big deal, but that’s not the case with the Mt. Washington Road Race in New Hampshire.

Mt. Washington is the tallest peak in the Northeast. There are longer races with more extreme challenges, but none have such an unrelenting uphill climb to test your stamina, will power and determination. A combination of steep pitches, sustained climbs and more steep pitches make it almost impossible to run the whole 7.6 miles. At least for the average runner.

With an average grade of 12% with long stretches at 18%, there’s no downhill to recover once you crest a hill. It’s 4,500 feet of uphill climbing the whole way. There’s even a very pleasant 50-yard wall at 22% grade to meet you at the finish, just in case your calves weren’t trashed enough.

On top of dealing with endless climbing, the weather is another big factor. Mt. Washington is famously known as having the world’s worst weather. It holds the world record for highest recorded wind speed at 231 mph. The week before the race, the summit received 3 inches of fresh snow with hurricane force winds! Race day came, and there was no worry about the weather being too cold. The problem was that it might be too warm.

At the start in the valley, it was in the low 60s. It was 52°F at the summit with 9 mph winds and an amazing 90 miles of visibility. Picture perfect weather – that rarely happens on Mt. Washington since the summit is clouded over more than 60% of the time.

I knew this race would be hard, mentally and physically. But there’s no way to describe how hard it is unless you run it yourself. I managed to run the first 3 miles to the treeline without walk breaks. After that, I began a 200:100 run/walk ratio (and later a 50:50 ratio as the race wore on) based on advice from those who had run it before.

The biggest challenge in the race wasn’t leg fatigue: it was heart rate. I’d run and my heart rate would climb. I’d walk a bit to recover before starting up again. There were times walking was faster than running because of the steep incline. I even passed a few people running while I walked.

Despite the never ending incline, the views were absolutely breathtaking. And the smell of pine trees along the whole course is so refreshing. It almost makes you forget that you are on the struggle bus, at least until you reach the last 50 yards.

Spectators are cheering and cowbells are ringing you home. The end is near! The only thing between you and the finish line is the 22% incline otherwise known as The Wall. You are not done yet!

I tried to run up The Wall but both calves cramped up the second I got on my toes. Instead, I opted for the hands on knees, bent over position and power hiked up and over The Wall. Then I found  my legs again and ran jubilantly across the finish line. 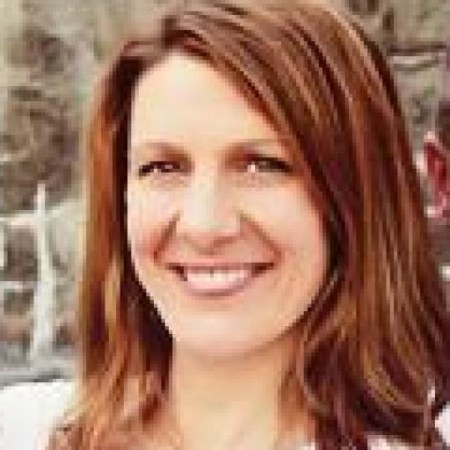