For many of us, cycling is a foreign and largely misunderstood sport. Until I worked with a retired pro cyclist, I had the same misconceptions. During the Tour of Utah, his work performance slowed waaayy down (like most of us during March Madness). I couldn't understand why until he explained it to me..

The Tour of Utah is divided into 7 stages, and teams of eight compete on multiple levels, to win the overall event and to win specific stages and the races within the race (King of the Mountain, Sprinter, Young Rider). Each team member contributes to the overall strategy to help the team leader finish the race with the fastest (or lowest) cumulative time.

Make no mistake about it, while only one cyclist can claim the title, cycling is a team sport and probably one of the strategic team sports out there.

As an event sponsor, KÜHL gave me two VIP passes to Stage 3 from Richfield to Payson, or as I call it, “The heart of Utah stage.”  I was stoked!

I immediately went to the route map and planned my spectator strategy. After a few stops along the route, I planned to greet the cyclists at the finish line in Payson.

Spectator Tip #1: When planning your spectating spots, use the free Tour of Utah tracking App. It’s a great resource for stage information, standings and up-to-date athlete tracking. Just keep in mind, when you’re out on the route you may not have cell coverage and the app won’t work.

I picked my spot a few miles up Mt. Nebo Loop Road. Mt. Nebo is the tallest mountain in the Wasatch Mountain Range, and the 3,000 ascent is the largest elevation gain in the tour. My plan was solid: pick a good spot up Mt. Nebo Loop Road, watch the peloton pass, then double back to the highway and race to Payson to greet the cyclists at the stage finish line. I had no cell reception on Mt. Nebo, so my Tour of Utah app wasn’t updating. Not sure when to expect cyclists, I spotted an I AM CYCLING support crew vehicle and asked when I should expect riders. This is how our conversation went down:

Me: Do you know when cyclists are expected to arrive?

Support Crew Guy: Let's see... (pauses to think). Stage 3 is 191 kilometers, and the riders started at 11:00 AM. Their average speed is 30-45 kilometers per hour. They just finished one Sprint in Manti and will have second Sprint in Fountain Green. Hmmm….(silence as he’s calculating all these factors in his head). I say 2:00 PM.

As I waited, I took in my surroundings. Mt Nebo Loop Road is famous for its fall colors, but its no less spectacular in summer. I was soaking up the scenery when I heard a helicopter, followed by the Utah Highway Patrol and then the support vehicles. Approaching my position were two breakaway riders. They passed and within seconds the peloton passed in a rush. Within a few minutes, the support crew vehicles had passed, and all was quiet. I looked at my watch: it was 2:05 pm. The man I spoke to earlier nailed his estimation.

It was time to double back and head to Payson for the Stage 3 finish line.

I arrived at the finish line  around 3:00 PM, 45 minutes ahead of the estimated finish time. The finish line was crowded with more people than I expected.  I worked my way through the crowd and found a nice spot between the photographer pit and finish line.

The road was straight at the finish, so we had plenty of notice when the cyclists came within sight. Fans lined both sides of the street ringing cow bells and watching the jumbo screen as three breakaway cyclists exited Nebo Canyon and rode into the city limits.

Everyone (including me) kept turning from the big screen to the road hoping to see the cyclists. The level of excitement matched any sporting event I've ever attended.

Suddenly, the big screen turned off, alerting the spectators that the cyclists were on their way. Within seconds, the breakaway cyclists appeared in the distance and approached the finish line. The crowd cheered, and the venue buzzed with energy and excitement.

It was an all out battle to the finish line, but Lachlan Morton broke away to claim Stage 3. Within a few seconds the other two breakaway riders crossed the finish line, and only minutes later, the steady stream of the peloton crossed. Whether you understand pro cycling or not, everyone identifies with excitement. Make plans to catch a stage of the 2017 Tour of Utah. Unlike most professional sports, spectating the Tour of Utah is free of charge, and you can't beat that price. 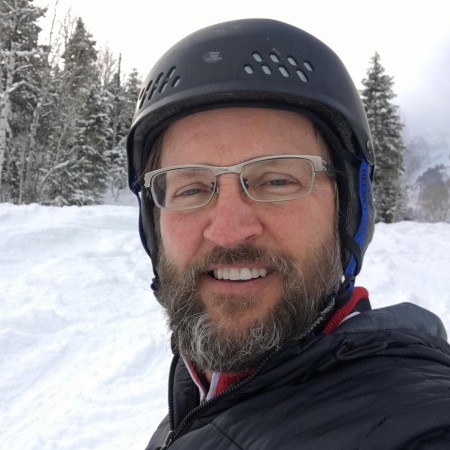