Passing An Unexpected Passion for Skiing to My Twins

I am a runner. I am also a twin mom, wife, sister, freelance writer, world-class competitive duathlete and nationally recognized triathlete. But, when people ask what I do athletically, I don’t hesitate to respond with “I run.”

You may notice that “skier” did not make the list, yet that is the sport my kids have attacked with passion and excitement.

I started skiing as a kid in the northeast because that’s what kids in Connecticut do. I switched to snowboarding when I began dating a University of Vermont guy (who happened to be taking a “snowboarding” class) in the winter of ’94. I instantly fell in love and remember the day I bought my very first Burton snowboard straight from the factory in Burlington, Vermont.

I continued my love of the sport when I moved out west and back home again. But, when I had surprise twins in 2009, free time was nonexistent and, I mentioned the running, right?

By the time the boys were three I decided they needed to get on skis. It was also a great excuse for mom to get back on her board! We traveled to Vermont and hit the slopes. Well, I hit the slopes and the boys cried their way through ski school. It wasn’t pretty. They spent most of the time playing in the “Bigloo,” but they had gotten a taste for the mountain and basic ski skills. Despite the lackluster beginning, back to Vermont we went the following year. It was slightly better but they still were not fully engaged in ski school and instead preferred to run up and down the massive snow piles in their ski boots.

Something changed last year when the twins turned five. Instead of sending them to ski school, we let them start running the bunny hill with their cousins. It was magical. It was as if the two previous years of lessons clicked and away they went! The magic carpet carried them up, and they would come barreling down. They repeated this for hours. Hours! This meant more snowboarding for mom and a growing passion for the boys. This year they started asking to go skiing in July. They cannot wait to go and I cannot wait to take them. We’re planning on many more weekend trips this year and although I admit I would love to see this kind of excitement from them when we go to the track, I’m just happy they found something they love to do outside. 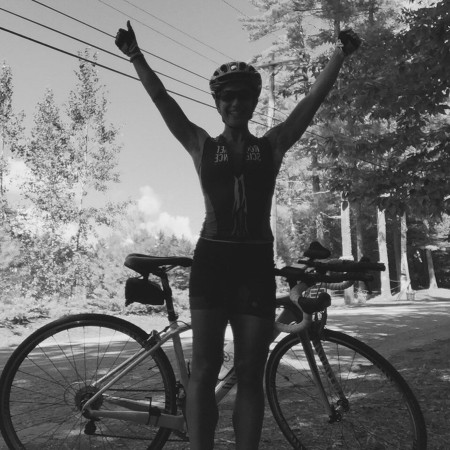 If you’re a skier in the south or mid-Atlantic, you may not have much experience with a true ski village atmosphere. Common in the western U.S. and in Europe, ski villages in resort towns often have a number of bars, restaurants, sho Olympic skiers and boarders competing in the Winter Games demonstrate impeccable skills as they sail down the slopes. Their pathway to becoming part of the U.S. Olympic team includes years of visiting specialized facilities that cater Jackson Hole is one of the most famous ski resorts in the world for good reason. Its expert terrain is the stuff of legend, with Corbet’s Couloir, a soul-shaking double black drop chute at the resort’s summit, playing host to one o Oregon is chock-full of natural wonders that attract hundreds of thousands of outdoor enthusiasts each year. Surprisingly, the state hosts only one national park, but it's truly a sight to see.

7 Best Off-Road Trails to Try Out This Winter

It’s that time of the year when the temperature begins to drop and most of us want to stay inside near a fire with a warm cup of hot cocoa in our hands. But winter weather also provides unique opportunities for snow-filled adventures Whether you live in an area of the country that sees frequent snowfall, or you're vacationing in a winter wonderland, snow possesses an undeniable magic and beauty that begs to be captured. Whether it’s blankets of undulating fresh s Discover the Magic of Moab in Winter

Moab - and its surrounding parks and protected lands - is magical anytime of year, but plan a trip in winter to enjoy this enchanting destination without the crowds. Two- and four-le You were out having the time of your life when suddenly your whole life changed. Maybe you fell, maybe you twisted something, but either way, you got hurt.  We’ve all been the Travel Back in Time at Oregon’s Painted Hills Defeat Post-Hiking Fatigue: How to Recover from a Long Hike

Being in nature helps improve mental well-being and sparks creative ideas. To be We sat down with outdoor enthusiast and KÜHL lover Greg Sakowicz to talk about his journey from zero to more than 175 conquered trails in two years. Courageous, funny, and boldly si